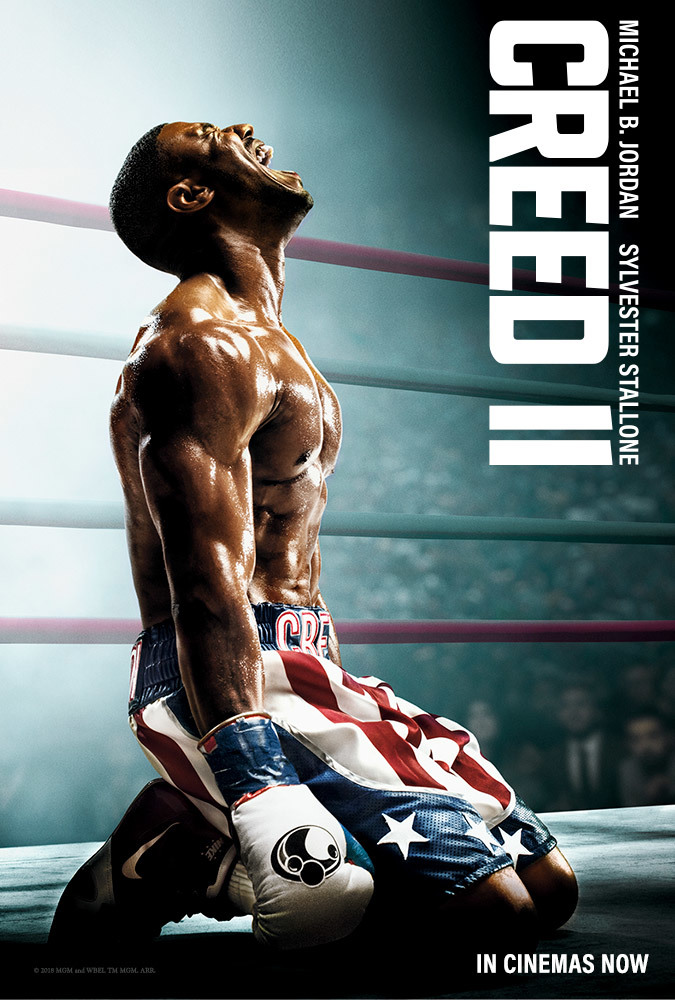 A little late to this but I just literally finished watching Creed 2.  Maybe I shouldn’t write reviews mere seconds after watching a movie but I couldn’t help this one.  I wanted to wake my wife up and tell her about it and explain how and why I’m joining a boxing gym on Monday.  But instead I’ll just tell you all about it.

Creed 2 follows up the original Creed with Michael B. Jordan’s Adonis character fighting for the Heavyweight Belt.  Accomplishing that goal of becoming a Champion like his father, Adonis   proposes to his girlfriend Bianca (played by Tessa Thompson) and goes back to Philly.  While back, he finds he has been challenged by Viktor Drago, the son of Ivan Drago, the man that killed his father.  Knowing being called out and for what it would mean to fight a Drago, Adonis feels he has no choice but to fight him.

Adonis, feeling like he needs to prove to the world that he’s the Champ, ends up losing brutally by Drago and gets dropped mentally to rock bottom.  We see through Jordan’s acting the thoughts and rage building inside, only coming out in screams for help.  All while worrying about his soon-to-be born daughter’s hearing.

With the guidance of Rocky, the love from his fiancé and mother, Adonis pulls through all the stresses, issues and pain.  He becomes a father and finds his “itch” to box again.  This time with Rocky’s help, they bring Adonis to a training facility with one of the most badass training montages I’ve seen in a long time.  To show his recuperation and strength building.  If you ever needed motivation to workout, this is it!

The Drago/Creed fight happens in a great fight sequence which we go through, the close calls, gut punches and amazing shots in this fight.  Very amazing and felt like I was watching a Pay Per View fight.  The things happening in and out of the ring just hit an emotional note in my heart and man did they get me.

I felt this movie from the beginning to the very end just knocked it out the park.  Fantastic acting all the way around, amazing and beautiful story and just motivational music, sequences and action that make you wanna get to a heavy bag and give it some hits.  I couldn’t recommend this movie more.